This rock star has been mentioned by two different ladies for two different reasons and I agree with them both. He produces sensational music and is HOT enough for hump day!

Kristina suggested this fantastic song for a Sinners’ playlist. It’s called “The Kill” by 30 Seconds to Mars. I’ve had this song on my iPod for several years. It’s my favorite 30 Seconds to Mars song. Also the video based on “The Shining”. Nice!

Michelle has the lead singer, Jared Leto, on her list of hot front men. She introduced us to Myles Kennedy last week. What can I say, the woman has excellent taste in rock stars.

So I was looking for a good picture of Leto’s hawtness and I noticed he changes his hairstyle more than I do. So I had to have a little fun with him, because he has a different hairstyle for each member of Sinners. Too funny!

This is his “Brian” hairstyle. 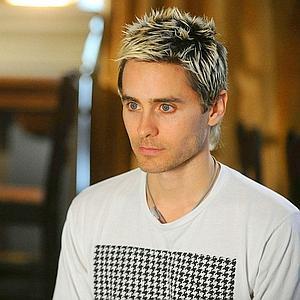 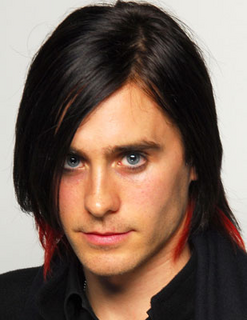 And his “Trey” hairstyle. 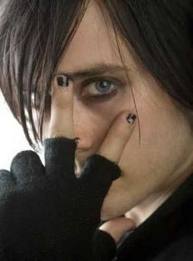 So hair is nice and everything, but what about the rest of him? 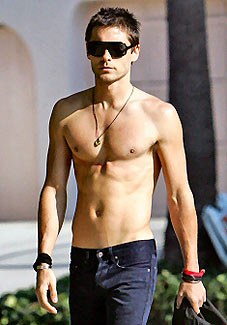 Here’s another music video to remind us of his musical talent, because that’s the best part.

Though I won’t criticize you for pausing it at the 4:51 mark. Not that I would ever do anything like that.

He also acts. Have you seen the show “My So Called Life”? He was the only reason I watched that show. LOL! I rented it from Netflix when I found out he was in it. Guilty as charged.

And if you haven’t seen this masterpiece…

Warning, that’s the uncensored version. HAWT! and artsy. It’s also very long, so grab some popcorn. And prepare to want to be spanked. 😉

Happy Hump Day! And happy leap day. We only get one of those every 4 years. We should make it extra special when it falls on a hump day.