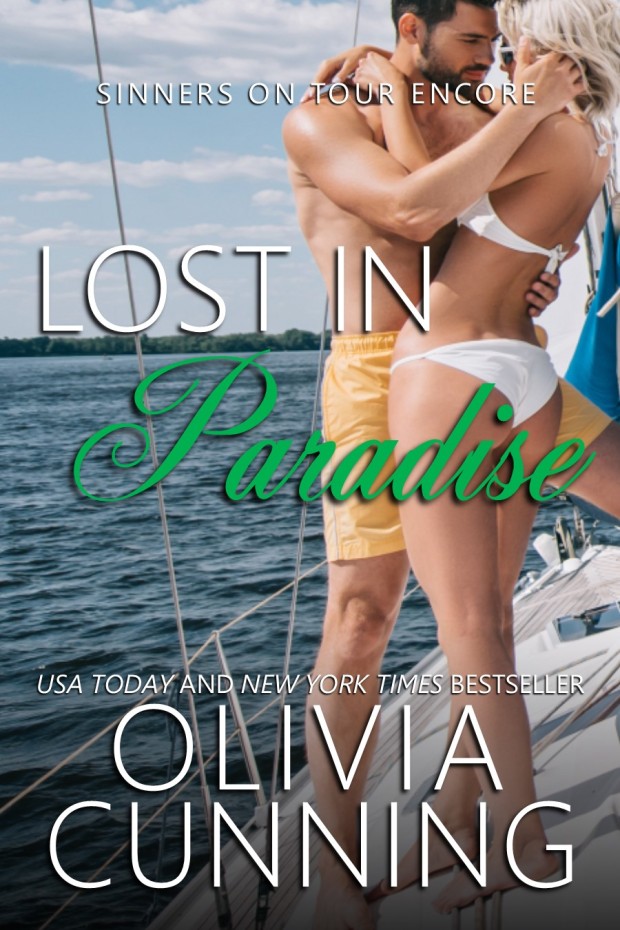 Surprise! Sed and Jessica’s honeymoon novella, Lost in Paradise, is now available on Kindle for less than $2 and it is currently part of the Kindle Unlimited subscription program. Because this book took three extra weeks to rewrite, I decided to not bother with pre-orders and publish it immediately. I’m impatient that way.

I’m experimenting with Kindle Unlimited to see if it helps my diminishing sales, so for the first three months Lost in Paradise is Kindle exclusive, but if Kindle’s not your thing, I’ll make it available on Nook, iBooks, and Kobo in late April . If you ARE going to read it through Kindle Unlimited, don’t delay. It’s only available to borrow for a limited time (90 days).

He has a new set of worries…
Sed Lionheart just married the love of his life, is about to head overseas on a sold-old concert tour and has a new album at the top of the sales charts, so why is he having recurrent nightmares? Maybe if he loses himself in the arms of his new wife for the short week of their honeymoon, he can forget his cares, and dwell on a bright future, not a dark one.

She has a new set of doubts…
Jessica Chase just married the man who drives her wild both inside the bedroom and out of it, so why won’t Sed open up to her about his nightmares? She’d love to help him find peace and happiness. Maybe if she treats him to some extra bendy adventures in the bedroom he’ll learn to relax. Or maybe a few days away from the spotlight, will allow him to trust her with whatever’s haunting him. Unfortunately, this honeymoon of theirs is turning out to be far from tranquil, and the spotlight follows him wherever he goes.

Together they can conquer anything…
When the happy couple gets stranded with nothing to eat but Jessica’s atrocious cooking, can they work as a team to find their way back to paradise, or will the independent and stubborn newlyweds remain lost?

Lost in Paradise is an epilogue to the Sinners on Tour book, Rock Hard, and the novella, Patience, which is part of Sinners at the Altar.

I hope you enjoy Sed and Jessica’s sexy, thrilling, and emotional honeymoon!

One thought on “New Sinners on Tour Release! Available Now!”